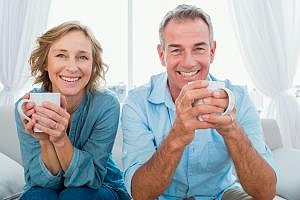 Taking an occasional drink while you are home by yourself isn’t a problem by itself. It might be a glass of wine that you have to go with your dinner or a beer while you watch a football game. If it becomes a regular habit, it can indicate that there is a more serious problem. There are some risks to drinking at home which can lead to drinking more heavily or binging. One glass to alleviate stress or anxiety could turn into a growing mental illness or alcoholism.

Drinking alone can make you feel or magnify emotions like:

Typically, the reason that people drink alone is to numb these feelings in the first place. Often, this behavior is caused by an underlying mental health issue that is masked by the use of alcohol or other substances as a coping mechanism.

Being Isolated During COVID-19

The coronavirus pandemic has lead to many areas of the U.S. being on lockdown for several weeks or months. Many people are finding themselves working from home which has caused significant changes in their daily routines. Some people may no longer get up as early in the morning since they do not have to get dressed, drop off kids or commute to work. 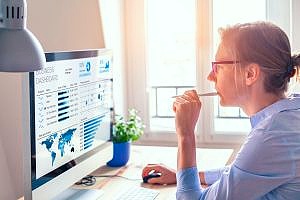 Some of these changes and new habits are positive, others are not. Alcohol.org conducted a survey on employees who are working from home and found that 1 in 3 respondents were more likely to drink during the lockdown during working hours. Working from home, outside of a normal routine, has lead to people feeling more isolated from others. It’s more tempting to drink alone at home to deal with feelings that occur from feeling isolated.

Why Is Keeping Alcohol in the Home Bad?

The temptation of drinking alcohol can be made more difficult when alcohol is present in the home. The justification to have a drink is made easier with it’s readily available. A positive step is to avoid having alcohol available in the home, removing easy access. It will be easier to decide to avoid if the access requires leaving the house to acquire it.

Drinking alcohol at home might give you the false sense that it’s somehow safer than going out to bars or other social activities. The reasoning that’s used is that you are not risking driving while drunk or getting into an altercation with others. This illusion masks the risk of drinking more and doing it more often than you normally do. This also increases tolerance which can also cause you to consume more, and more often. The repercussions of drinking more frequently are that it begins to have an effect on your personal life, where it negatively impacts work, personal and social relationships.

One of the most common reasons that people might drink alcohol and do it alone, is when they are coping with a sleep problem. The belief that alcohol induces better sleep is a myth. Research indicates that drinking alcohol actually interferes with the quality of sleep.

In fact, sleep disturbances and sleep disorders can be caused by alcohol consumption. This is because drinking alcohol actually disrupts the duration and structure of necessary sleep states, making the time it takes to fall asleep longer, and changing the total sleep time.

There is an initial sedating effect in alcohol that reduces the time it takes to fall asleep, but over time that drink will become less effective, reducing its sleep-inducing effect and increasing sleep cycle disturbance. 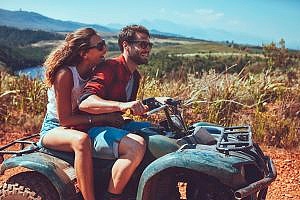 Another common reason that people drink is to cope with stressful situations. It is very risky to rely on the temporary relief that drinking provides because it could lead to dependence or addiction by negatively changing your response to stressful situations over long-term consumption.

The combination of stress and alcohol consumption causes excessive cortisol and adrenocorticotropic hormones to be released by your brain, causing more anxiety. This anxiety response creates a cycle of drinking that is difficult to break when coping with stress.

Depressive thoughts are a factor brought on by alcohol with some statistics suggesting that it plays a larger role in suicide. There are some studies that show over half of those who commit suicide were intoxicated at the time of their death. Even if a person does not have a dependence on alcohol, drinking too much can lead to making impulsive decisions.

Talk with a Professional

Do you or loved one have a problem with drinking at home? Aquila Recovery is here to help you, with our compassionate team, to support your road to recovery. Contact us to get help with an individual treatment plan that’s made for your situation.