Side Effects Associated With Long-Term Meth Use 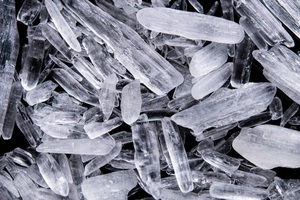 Some experts estimate that approximately 600,000 people in the United States are weekly users of methamphetamine, more commonly known as “meth”.

On average, meth users report using for the first time in their early 20s. Long-term use can cause severe side effects, which this review discusses in detail.

What Are The Long-Term Side Effects of Meth Use?

The most notable long-term side effects of methamphetamine use include addiction, severe anxiety, mood disturbances, paranoia, heart complications, liver and kidney damage and brain damage.

This is in addition to the potential short-term side effects such as increased heart rate and blood pressure, violent and erratic behavior, hallucinations, psychosis, seizures and death.

There are also some unpleasant withdrawal symptoms during rehabilitation which can be managed by your recovery team.

Drug addiction is a reliance on a drug such as methamphetamine. It is described as repeated use of a drug despite the harm it causes the individual.

Many patients often lose control over their addiction and develop a physical or psychological dependence on the substance.

Severe anxiety is common among individuals who use meth long-term. The anxiety often goes away through detoxification, drug abuse treatment and mental health counseling, as well as with medication if appropriate.

Patients who do not seek treatment for meth use and subsequent severe anxiety are at an increased risk of health complications such as high blood pressure and heart disease, in addition to a lower quality of daily life.

Depression and other mood disturbances are also common among those who use meth consistently over an extended period of time. 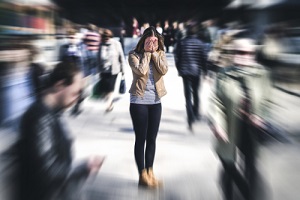 Many long-term users of meth develop severe paranoia. Visual and auditory hallucinations can result along with paranoia.

For example, a meth user may feel and see insects crawling on their body. They may also become disoriented and delusional, having thoughts and feelings that do not match reality.

They may also have severe confusion. All of these symptoms often lead to severe exhaustion or, can lead to illegal behaviors or mistakenly harming others, even ones they love.

The effects of methamphetamine place a lot of stress on the heart. Increased blood pressure is perhaps the most common heart-related side effect.

From a more long-term viewpoint, meth users are at a much higher risk of suffering a heart attack and death from heart disease. An irregular heartbeat and strokes are common; often the result of damaged blood vessels in the brain.

Meth can cause severe liver and kidney damage and even lead to the organs failing. This is due to the high number of harmful toxins that they must each attempt to filter from the body.

Some of the toxins found in meth include lithium, freon, paint cleaner, battery acid and paint thinner. Lung damage can also result from smoking meth.

One of the more common physical characteristics of meth users is the frail body. This occurs for several reasons, most notably, meth use can cause a loss of appetite.

The drug may also increase the metabolic rate and lead to a significant loss of muscle, all of which contribute to severe, and often rapid, weight loss that is hard for the user to manage. Ultimately, malnutrition can result and increase the risk of organ damage.

Although not as life-threatening as many of the other side effects of long-term meth use, the severe decay and eventual teeth loss is another concerning symptom that many long-term users experience as a result of meth use.

Meth prevents the mouth from creating saliva, causing dry mouth, enamel damage and cavities. It also increases the cravings for sugar which add to the decay. 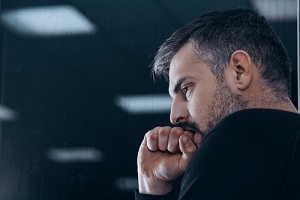 The use of methamphetamine can lead to molecular changes in the brain that cause addiction. Subsequently, withdrawal symptoms may occur when one tries to quit using the drug, which can be dangerous without proper supervision.

This is why rehab, in which licensed counselors and medical professionals, can monitor the withdrawal from the substance and ensure the patient’s health and safety.

Aquila Recovery Clinic offers drug addiction treatment for patients who are dealing with chronic use of methamphetamine.

You can overcome your addiction safely and in a manner that prevents or limits long-term side effects. We take pride in helping our patients regain their sobriety, and we encourage you to reach out today to get the treatment you deserve.