What Is Wet Brain Syndrome? 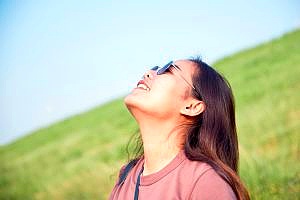 Also known as Wernicke-Korsakoff syndrome and Korsakoff’s psychosis, the term “wet brain” is caused by a vitamin B1(thiamine) deficiency. It is a common condition among those who are suffering from alcohol addiction. The effects of wet brain include memory lapses, slurred speech and unsteady walks. It causes damage to the lower part of the brain, in the hypothalamus and thalamus, resulting in memory problems and permanent brain damage.

The Damage Alcohol Does to the Brain

Repeated and heavy exposure to alcohol causes alcohol brain damage that is known as wet brain. Your body functions as it does because of vitamin B1, or otherwise known as thiamine. Heavy drinking is often the reason why your brain doesn’t get enough thiamine. Your brain needs thiamine to maintain control of a variety of functions. Another effect of heavy drinking is inflammation of the stomach lining, reducing the ability of your body to absorb vitamins.

The Role of Thiamine

Thiamine is a nutrient that the body can’t produce on its own. Your daily diet affects how much or how little B1 your body gets to help your body, including your brain function. That is why it’s important to have a balanced diet which allows you to get the vitamins like B1 that your body needs. Thiamine is found in foods including whole grains, chicken, eggs, potatoes, beef, pork, kale, and asparagus.

Unfortunately what happens to many of those with alcohol addiction is that they drink their calories. This deprives the body of the essential vitamins that it needs. Thiamine is used by every cell in your body, converting the food you eat into the energy that runs the nerves, heart and brain. Carbohydrates are broken down and fats and proteins are processed with the help of thiamine.

Wet brain syndrome has two components that are distinguished by the stage of the disorder. The first stage of wet brain is what is known as Wernicke’s encephalopathy which is a short lived and severe condition. Symptoms found in this stage include the following: 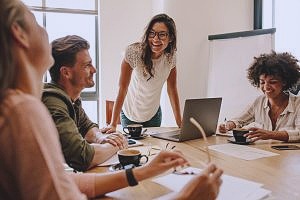 Of these symptoms, mental confusion, abnormal eye movements and gait are the main three symptoms found in Wernicke encephalopathy. It is very difficult to diagnose this stage because only about 10 percent of patients have the trifecta of main symptoms according to the Swiss Medical Review; most present with non-specific confusion.This stage also does not last long, as the majority of alcoholics will go quickly to the second stage known as Korsakoff’s psychosis (Korsakoff’s syndrome). Symptoms include:

The National Institute of Alcohol Abuse and Alcoholism estimates that 80 to 90 percent of alcoholics that have Wernicke’s encephalopathy will develop Korsakoff’s psychosis. 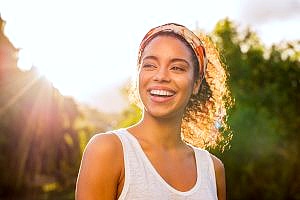 When treated at the first stage of wet brain, it is possible to fully reverse it. The caveat is that treatment must occur immediately, using Vitamin B1 injections. The challenge is that it’s difficult to diagnose patients before they have progressed to stage two. Once that occurs, the wet brain is only partially reversible.

Diagnosing wet brain isn’t done using a specific method. If a medical professional believes that a patient has a vitamin deficiency they will base it on their physical appearance and behaviors. Additionally, if the professional is aware that the patient has an alcohol problem, they could conduct additional testing.

Who is at Risk for Developing Wet Brain?

The risk for developing wet brain is determined by how often and how much a person drinks. Gender, age, when they started drinking, and how long they have been drinking are also factors. Genetics can also come into play because it undermines the level of brain damage that occurs to an alcoholic.

Wet brain is best managed by taking preventative measures such as healthy eating habits and regulating alcohol. If you have a drinking problem or have a loved one that does, contact Aquila Recovery today. We’re here to help make a change and guide you to your road to recovery. Contact us today by phone at (202) 618-9125, or send us an inquiry online.