What Are The Signs Of Alcoholism? 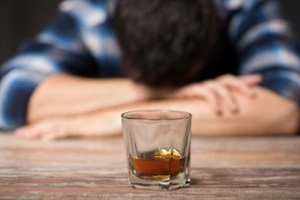 Although people around the world have long used alcohol for socializing and celebrating, some individuals have trouble moderating their alcohol intake. According to the National Institute on Alcohol Abuse and Alcoholism, roughly 17 million Americans, or 7.2% of adults aged 18 and older, had an alcohol use disorder in 2012.

It can be difficult in some cases to tell whether a person’s alcohol use is at a healthy or dangerous level as the effects of alcohol vary by person and depend on factors such as the individual’s age, general health and family history. Other contributing factors include the type of alcohol they consume and how often they consume it.

What Is Alcohol Use Disorder?

Alcohol may have a strong effect on some people, but when consumed moderately, it is generally not dangerous. For some people, however, excessive drinking eventually develops into alcohol use disorder, which is commonly known as alcoholism. It is characterized by an emotional and physical dependence on alcohol, negative emotions when not drinking, strong cravings and the inability to control one’s alcohol use.

It is a chronic and relapsing brain disorder that can cause serious health problems such as depression, heart failure, high blood pressure, liver damage and some types of cancer. It can also have a profoundly negative effect on a person’s life, causing strained relations, financial issues, job loss and legal trouble.

The Signs Of Alcoholism

Alcoholism can affect people across all ages, ethnicities and socioeconomic classes. The National Institute on Alcohol Abuse and Alcoholism reports that men are twice as likely to have alcohol use disorder than women, at 11.2 million versus 5.7 million of the estimated 17 million Americans affected by this problem. It can also affect young people surprisingly often; data from 2012 indicated that roughly 855,000 people aged 12 to 17 had the disorder. Here is a look at some of the signs of alcoholism.

The Early Signs Of Alcoholism

The image of an alcoholic that is often portrayed in television and films is that of a person who spends their days in bars drinking heavily, slurring their words and stumbling out the door. However, some people who are addicted to alcohol show little or no outward signs of impairment and even manage to function somewhat normally.

One of the earliest signs of alcoholism is a pattern of excessive drinking that includes binge drinking as well as heavy drinking. When someone drinks a large amount of alcohol at one time, it is considered binge drinking. In men, this means drinking five or more drinks within a span of two hours; the threshold for women is four drinks in two hours. 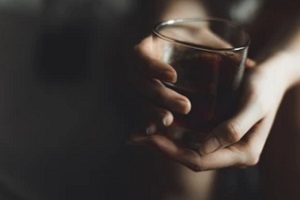 Drinking is considered heavy when it exceeds 15 drinks per week for men and eight drinks per week for women. Drinking excessively only once in a while does not necessarily point to an alcohol problem, but it does put people at a higher risk of becoming addicted to it.

Some of the other early signs of an alcohol problem include frequent intoxication, becoming angry or violent while drinking and blacking out when drinking. Other signs include drinking in a risky situation, such as driving or having unprotected sex.

According to the Diagnostic and Statistical Manual of Mental Disorders, which is used to diagnose mental illness, some of the major symptoms of alcohol use disorder include:

Doctors use the full list of 11 symptoms to determine the level of Alcohol Use Disorder (AUD) a person has, with two or three symptoms indicating mild AUD, four or five symptoms pointing to moderate AUD and six or more symptoms signifying severe AUD.

The Physical Signs Of Alcoholism

It can sometimes be difficult to tell if a person has a problem simply by observation. However, you may notice a smell of alcohol on their breath or about their person, that remains for several hours after heavy drinking. You may also notice an increased appearance of aging, wrinkled and dry skin and hair, yellow eyes and skin caused by liver damage, poor hygiene and broken blood vessels on the face and nose. Many alcoholics lose weight because they drink instead of eating. 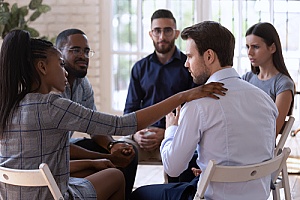 There are many resources available to help people who are ready to treat their alcohol use disorder. Getting help at the first sign of trouble is the best course of action because AUD can progress quickly to a more severe level. Detox programs use medical supervision to help a person’s body safely adjust to not drinking, while counseling, therapy, support groups, medication-assisted treatment and other options sustain recovery.

Reach Out To Aquila Recovery Clinic

If you or someone you care about needs help addressing an alcohol addiction, contact Aquila Recovery Clinic. We approach this issue as a medical condition rather than a moral failing and help people find a solid path to recovery through a range of treatment programs.